The Go Sun Smart program is planned for 40 selected resorts in the United States over the next three years and Sun Threadz, a sun protection clothing company, has been invited to be part of this program. Sun Threadz are designed and produced in the USA.

Go Sun Smart is a research study sponsored by San Diego State University. The purpose of the project is to educate vacationing Americans about comprehensive sun safety techniques and skin cancer prevention. The study is funded by the National Cancer Institute, and has the potential to reach a significant portion of the US population when they are most vulnerable to skin damage from the sun.

Sun Threadz will join the Go Sun Smart project in the fight against skin cancer. Employees of the project will be outfitted in sun safe attire and will visit the resorts and interface with vacationers from a nationwide market. Damage from the sun can be prevented by applying sunscreen, wearing sun protective clothing, wide brim hats, seeking shade when necessary and recognizing when UV is highest and most dangerous. 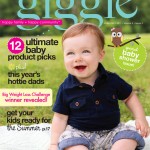 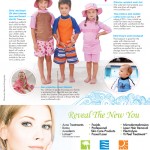 Bucks Happening.com – Article titled “Save Your Skin with Sun Threadz 2011

Clothing line highlighted in this issue

… Colleen Bronstein, a sculptor before her melanoma diagnosis, redirected her creative energy into designing sun-protective clothing. …

“Something Fashionable – Under the Sun”

Beyond the Skin: Check out the great options in sun protective clothing, which are widely available online, including long sleeve swim tops and other sun protective clothing and hats. Note: Travel-Advocate has reviewed numerous sun protection clothing lines and its favorite is Sun Safe Designer Clothing. This colorful and stylish line is complete with clothing and protective products that are feminine and do not leave you feeling that you should be fishing with the guys or in the Outback! The garments are flexible in terms of how much you want to cover and the fabric feels good when wearing.

Just wanted to let you know I am very pleased with my order. I love the material and fit. Thanks for ending my 3 year search for swim gear! Also, I was going to buy a sun hat and the one you sent was perfect!

Your cart is empty.

All items are proudly